We have all dreamed of having superpowers. So many of us spent our childhoods imagining we had the power to go Super Saiyan, control our chakra, or the transform our surroundings via Alchemy.

Superhero stories are at an all time peak in popularity, and My Hero Academia stands out as an exceptional contribution to the genre. The animation is crisp, the action is fantastic, and the pacing is perfect. What truly endears me to the series, however, is its diverse cast of characters. 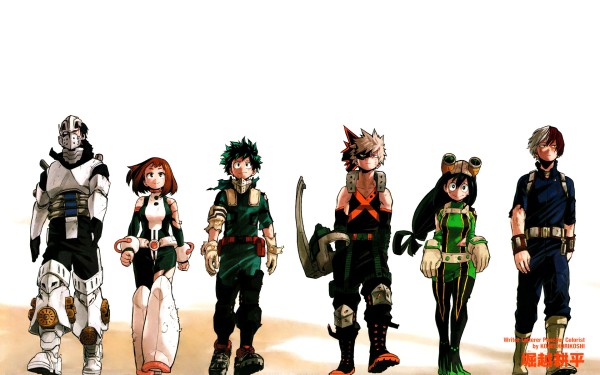 Each character in the universe of My Hero Academia is well-written and realistically fleshed out, making it stand out from a lot of other shonen out there. It’s a sad truth of shonen that the development of secondary characters often falls to the wayside for the sake of developing the protagonist. My Hero Academia has yet to suffer from this issue. Izuku Midoriya is the main character, but he’s surrounded by a diverse cast of classmates who are all well-developed and not just background noise.

What makes the characters of the series great is that they’re all incredibly unique, both in personality and the wide, creative range of their superpowers, AKA quirks. In the series, 80% of the population is born with a superpower, referred to as a quirk. Some are flashy and combat-oriented, others are more subtle and tactical, and all of them are useful in their own way.

The vast array of powers we see in superhero fiction is what makes the genre a perfect vehicle for self-insert: we’ve all fantasized about having superhuman abilities, and hero stories allow us to imagine having those powers ourselves. No matter what power you wish you had, there’s a character who has that power, a character in whose shoes you can imagine yourself. We watch, we engage, we imagine that we’re extraordinary, but at the end of the day, we go home quirkless.

The secret is, all of us do have superpowers. You just don’t know what yours is…yet.

As mentioned previously, only about 80% of the population of My Hero Academia is born with a quirk. That leaves 20% of the population quirkless, including our protagonist himself. Izuku Midoriya was born without any apparent quirk, a discovery which absolutely devastates him and crushes his dream of becoming the world’s greatest hero.

Although his quirklessness leaves him feeling defeated, Izuku still has qualities that make him special. The young boy is sharp as a tack – he relentlessly studies and observes the heroes he so greatly admires, taking notes on their strengths, weaknesses, tactics, and power limits. Midoriya internalizes the lessons he gathers from the heroes he observes through the years. This leads him to be incredibly tactical, and the boy winds up standing his ground against a villain that no other hero feels capable of taking on.

Even when stacked up with this villain against whom he stands no chance, Izuku shows that he has the one quality that truly makes one a hero: heart.

Because of his courage, his hero All-Might, the Symbol of Peace, chooses Midoriya to be the recipient of his power, and suddenly, our protagonist is powered up! However, I’d argue that Midoriya had a quirk all along. His true, hidden quirk was his incredibly analytical mind. Sure, that doesn’t sound particularly “super,” but it’s important to see how Midoriya worked within his limitations to be the best version of himself.

Like Izuku, we are all special and uniquely qualified at at least one thing. That one thing at which you excel is your quirk,  and just like the heroes you idolize it, you must harness it and train it in order to make the world a better place!

In order to harness and train your quirk, you must first discover what it is. The characters of My Hero Academia use medical testing to discover the true nature of their quirks. Luckily, we don’t need any lab testing to help us figure out what our quirk is – we just need a little reflection and analysis.

To discover your quirk, simply ponder the question – what do you excel at? Think hard about what you’re naturally good at and what you enjoy doing the most. Are you strong like Todoroki? Are you explosive like Bakugo? Are you fast like Iida? Write down a list of your talents and aptitudes, then pick the one that you are the absolute best at.

Remember, your quirk doesn’t have to be physical! Maybe you have a mental quirk like Deku’s lightning-fast analysis and comprehension.

It can be useful to write down your weaknesses too, for juxtaposition. All of the greatest heroes need to know their limitations in order to maximize their strengths. Knowing your limits is the only way to push pass them.

My quirk, for example, is superhuman stamina. I know that I can dive deep into any task and work harder and longer than damn near anyone else on the planet. My weakness is maximal strength, both physical and mental. I’m good at doing relatively simple things for a long time, but doing difficult things for shorter periods of time is a lot harder for me. Not impossible by any means, but harder nonetheless. 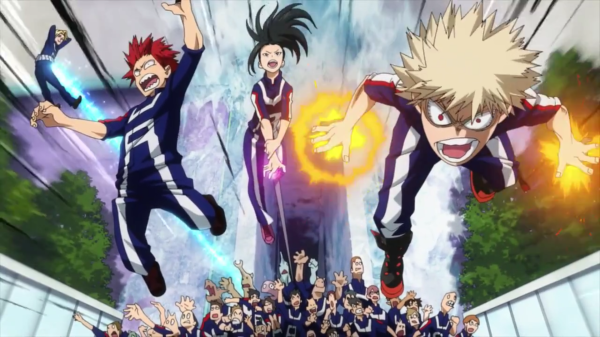 Discovering your quirk is only the beginning of your story. After all, even the greatest heroes didn’t get to the top overnight. When they discovered their quirks, they only discovered the very basic version of it. Untrained, their abilities would only take them so far. They put in the work in training to develop their quirks to higher levels, which is precisely what you must do.

Take Midoriya for example. Upon inheriting All-Might’s One For All, he was only able to tap into a very small percentage of its maximal power. The first couple of times he harnessed the power, he shattered his limbs because he hasn’t trained his body and mind to harness the full breadth of his new strength. Even after rigorous training, he’s only able to handle 5% of his maximum!

Like our hero, you haven’t even begun to tap into the full potential of your quirk. It will take some dedicated training to get there, and that’s the fun part of the process!

Your training will depend on your quirk. Are you naturally strong? Start lifting weights and get even stronger! Do you have naturally high endurance? Start training for and racing in 5k’s! Got a creation quirk? Start practicing your artwork daily!

The important thing is to not settle for the easy way. Train your quirk to their very limits and become the most heroic version of yourself. In short, go beyond, PLUS ULTRA! 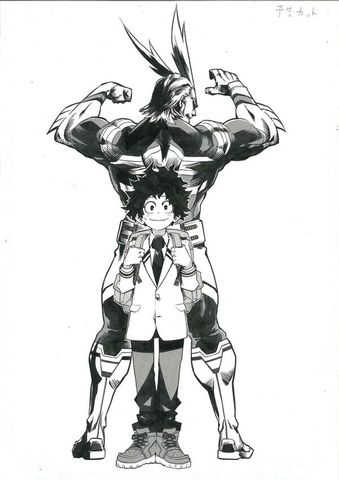 Now that you’ve begun to cultivate your quirk, it’s time to show yourself to the world. You’ve used your quirk to help yourself, but the most important way you can use your quirk is to help others, whether that’s by training them, or helping them with something in which your quirk comes in handy.

Ask yourself, how can you use your quirk to make the world a better place? What sort of valuable contribution can you make? The whole point of being powerful is to be useful – how can you be useful with your quirk?

Remember that every quirk is useful, somehow. It’s just a matter of harnessing it.

All images found using Google Images. If you or someone you know is the original artist, please let me know and I’ll cite and credit appropriately.

2 thoughts on “You Have a Superpower?! Learn How to Harness Your Quirk!”